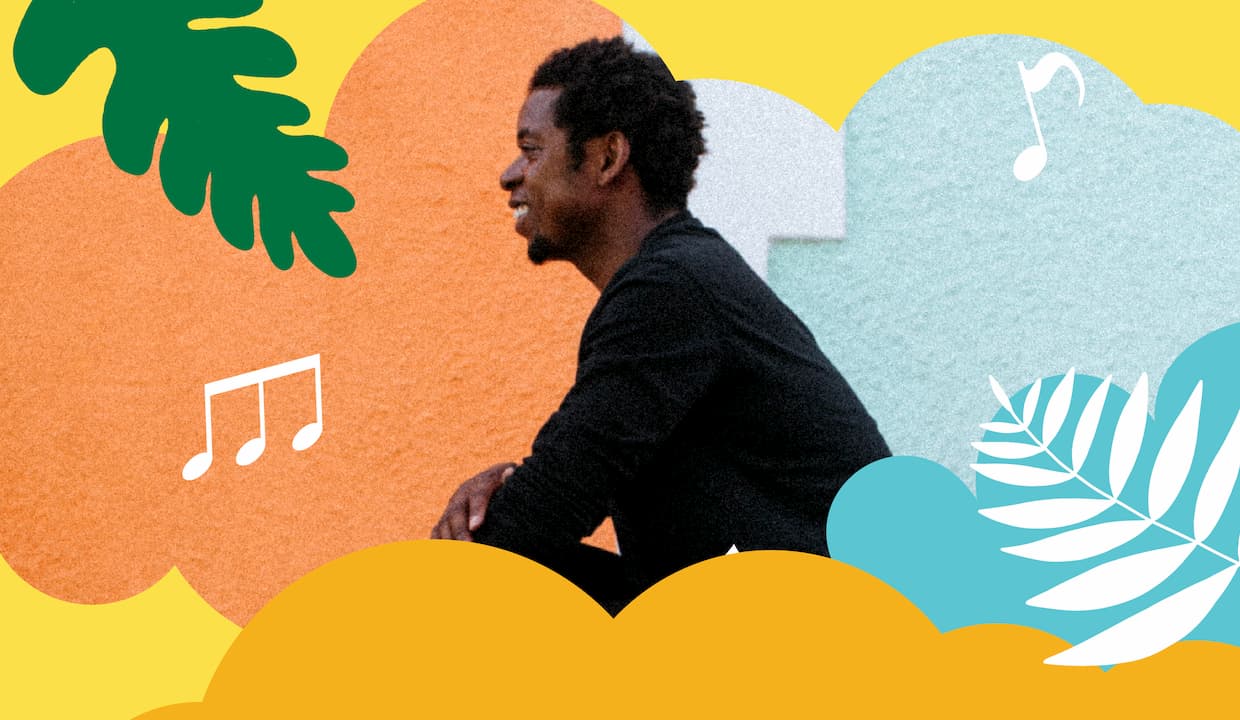 Finally, Boterhammen in de Stad again! In 2022, we’ll again be alighting at the extremely attractive location Gare Maritime, on the Tour & Taxis site, ( Rue Picard 3, 1000 Brussels ) a well-known site to a, slightly older, Couleur Café audience). Always free, every afternoon from Monday 22 to Friday 26 August, with a relevant musical act each day. This time too, ‘de Bokes’ are organised by AB and this is the 32nd edition (whereby, also interesting (but entirely an aside): 32 = 1¹ + 2² + 3³ ;>).

This year, Boterhammen in de Stad is taking on an extra dimension with the AB summer terrace: a programme of brilliant fringe activities and workshops.

You know him from ‘Als de hemel valt’ and you realise: then we’re nice and safe inside Tour & Taxis. Typhoon has, uh, blown over all the way from The Netherlands but also has Surinamese, Portuguese, Chinese, Indian and Creole roots. And particularly: this loving storyteller raps, speaks, and sings about major life themes in a genuine and vulnerable way. Glenn de Randamie, aka Typhoon, is finally frontstage again after a much needed break and bearing his album ‘Lichthuis’. Plus, live, Typhoon delivers an even more colourful, energetic, and poetic show… or rather: a connection, a soul bond with his audience.