Feeërieën: On The Corner Records Presents: 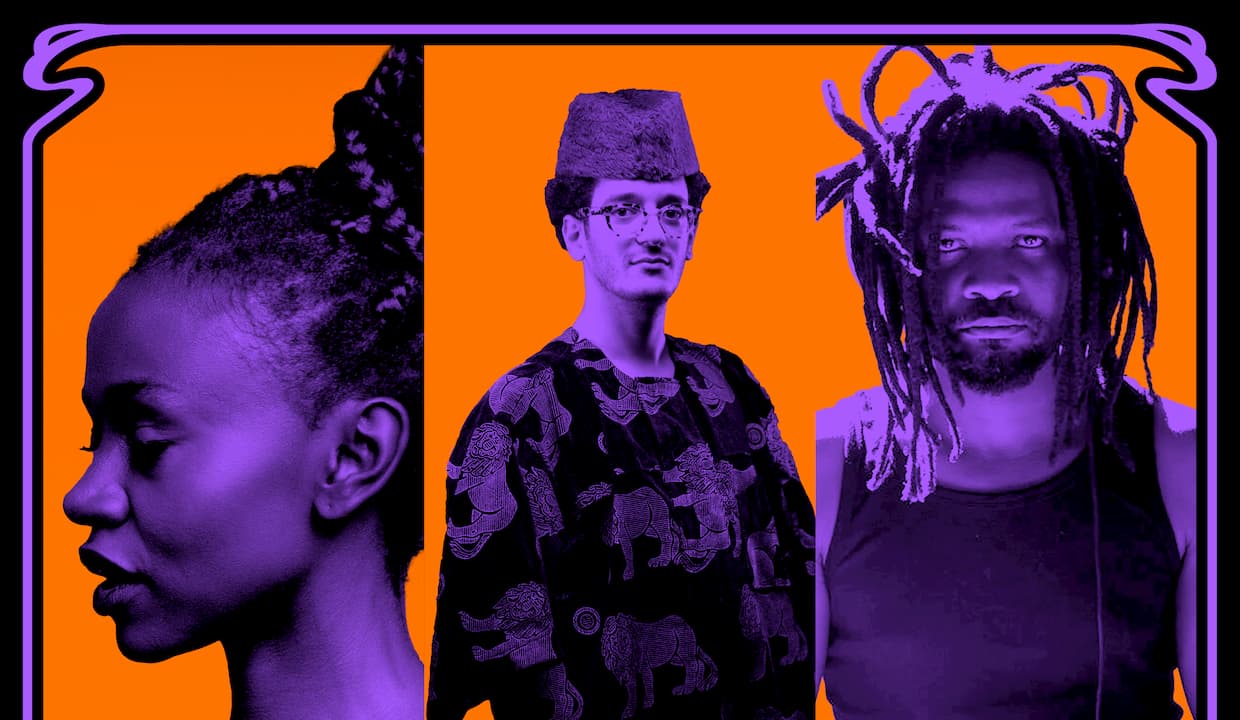 From 22 to 26 August, you can again count on AB’s free summer festival Feeërieën for a musical smorgasbord. In 2022, we’ll again be alighting at the extremely attractive location Gare Maritime, on the Tour & Taxis site (Rue Picard 3, 1000 Brussels).

This year, Feeërieën is taking on an extra dimension with the AB summer terrace: a programme of fringe activities and workshops.

CARTE BLANCHE FOR ON THE CORNER RECORDS: A TICKET TO OUTER SPACE

AB is hooked on On The Corner. Not only the label, but also the then-contested Miles Davis album from 1972 after which it is named. Driving force Pete Buckenham describes the sound of his label as “an avant-garde mix of cosmic jazz and electronic music” or even as “griot house”. Game changer for the label was undoubtedly DJ Khalab’s album ‘Black Noise 2084’ (with contributions from the likes of Shabaka Hutchings and Tenesha The Wordsmith), but the releases by Collocuter, Dengue Dengue Dengue or Siti Muraham are also wordly gems. On The Corner actually received carte blanche for the Feeërieën, with the programme containing:

This Kenyan percussionist unwittingly already wrote history in 2016 when he debuted under his previous moniker Disco Vumbi with ‘Boutiq Electroniq’, also the very first release on the hot Nyege Nyege Tapes. Forced Exposure had in turn nothing but high praise for Alai K’s debut ‘Kila Mara’: “Sonically speaking, this vivacious collection of frenetic, polyrhythmic and percussive workouts links the spirit of Jeff Mills, DJ Rush and K Hand with beats from Mozambique, Malawi and the maritime Swahili coastline north of Mombasa.” We have taken note.

Guedra Guedra – named after the Moroccan percussion instrument of the same name – is the alter ego of Moroccan musician Abdellah M Hassak whose debut ‘Vexillology’ immediately received a **** review from The Guardian. “Hassak integrates the rhythms of north African folk music with a bassline-heavy electronic pulse.” Mixmag added to that: “The beat of Africa through clapping, dancing, and singing merged with unruly dubstep and jungle-inspired beats.”

Kenyan DJ/producer Coco Em is now highly regarded by both international media and the BBC, and embraced by the now famous Nyege Nyege Festival. Anyone who hears her boiler room set will know why: it’s a feast to hear her percussive cocktail of afro house, kuduro, lingala, hip-hop and amapiano. Okay Africa described her recently as “Nairobi’s hardest hustling DJ” and her debut EP ‘Kilumi’ sounded “phenomenal” and “a genre-defying, career-defining, culture-shaping project” according to Tangaza.